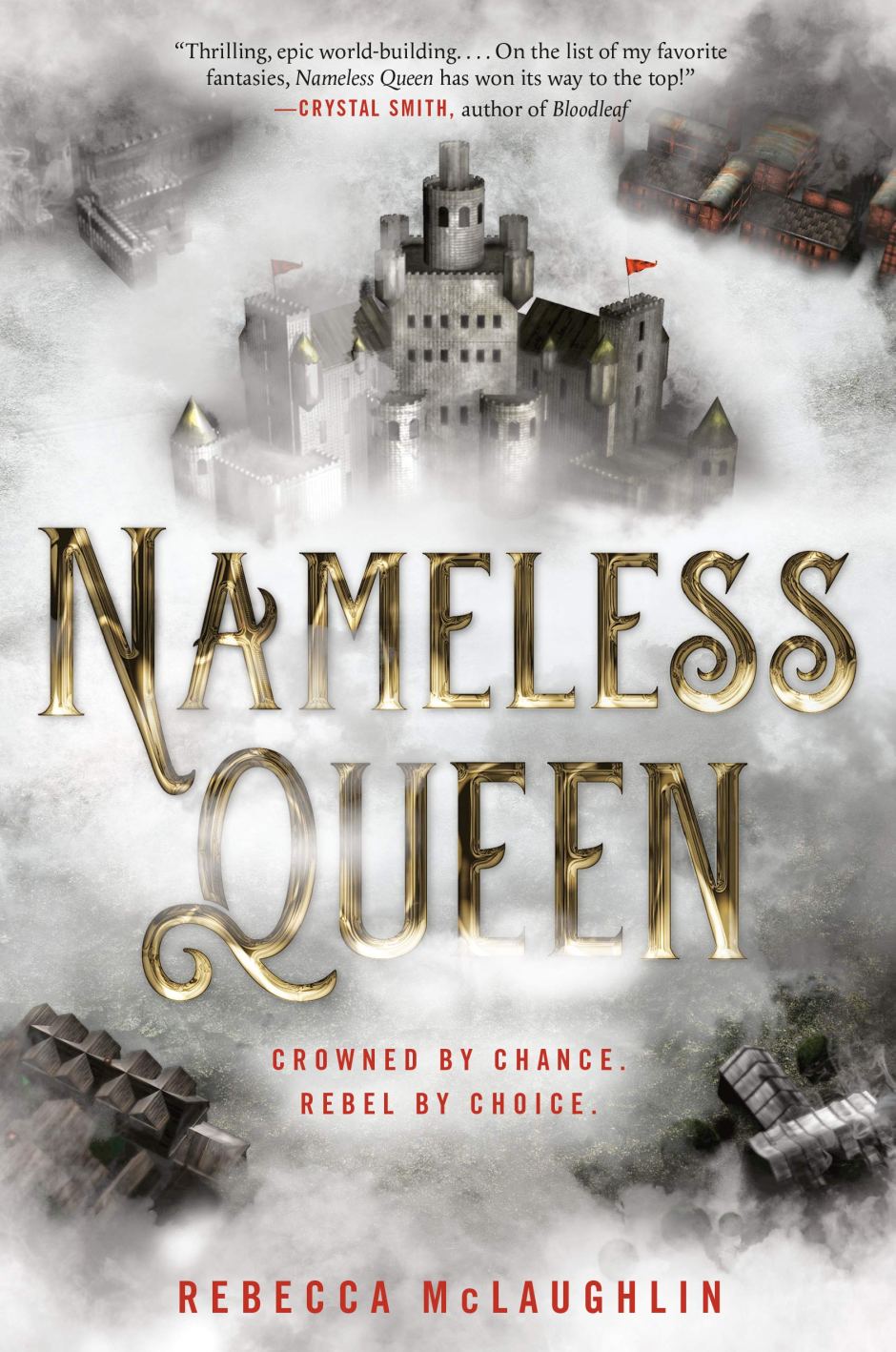 I really enjoyed all of the secrets that this story held! It felt like peeling back an onion and layer upon layer created new views and new realizations.

The writing was able to take the story and make it come to life. The world Nameless Queen resides in is a fantasy world, which means the author has to describe everything so that the reader understands the setting. I could really see the streets and alleys the nameless wander down, the vivid colors of the royals, and the vast corridors of the castle. It was well-done and created an interesting, different world for me to read about.

The story begins with a good introduction of what life on the street is like for a nameless person. The realm’s class system has three groups: Royals, Legals, and Nameless. The Royals and Legals have rights, jobs, a place in society, while the Nameless are just there. Royals and Legals do not want them there, and so, ignore them completely. Nameless have no homes and no way to live other than cons and theft. There is magic in the realm, held by the King or Queen through a tattoo. This mark is passed from one sovereign to the next by speaking the name of the next heir before their death. Since the Nameless have no names, one could never be given the tattoo…until Coin wakes up with a crown marked on her arm. What now, as a Nameless, it will be believed that she has illegally forged this tattoo and she’ll be executed. She must hide it at all costs…until she must use it to save a friend.

The characters were wonderful. Coin, the main characters was kind of a bad-a$$. She can street fight and has this attitude that created this tough-exterior. She’s snarky and has these great comments that had me giggling constantly. And yet, inside she struggles to understand her feelings, she cares deeply about some characters, but growing up as a nameless, she can’t quite understand what love, family, and trust are. Her character growth was lovely to watch.

Other characters that I enjoyed were Esther, the heir-apparent of the throne and “Glen-Beard”, the guard assigned to Coin. They were interesting and complicated. I feel that Rebecca McLaughlin took time to think through her characters and their backstories to give them depth and personalities, and it really showed throughout the story.

Overall, I really enjoyed Nameless Queen. The ending left room for a sequel, which I will be excited to read if one does get published! I enjoyed the characters, the world, and the entire story.

I would recommend Nameless Queen to fantasy fiction fans that enjoy YA, strong female leads, and royal intrigue.

Nameless Queen by Rebecca McLaughlin is available at these sites.

One girl must make a name for herself–or die trying –in this royal fantasy where an unknown peasant becomes the ultimate ruler. But how long can she keep the crown if everyone wants her dead? Perfect for fans of Furyborn, Red Queen, and Everless.

It shouldn’t even be possible. I’m Nameless, a class of citizens so disrespected, we don’t even get names. Heck, dozens of us have been going missing for months and no one seems to care.

But there’s no denying the tattoo emblazoned on my arm. I am queen. In a palace where the corridors are more dangerous the streets, though, how could I possibly rule? And what will become of the Nameless if I don’t?