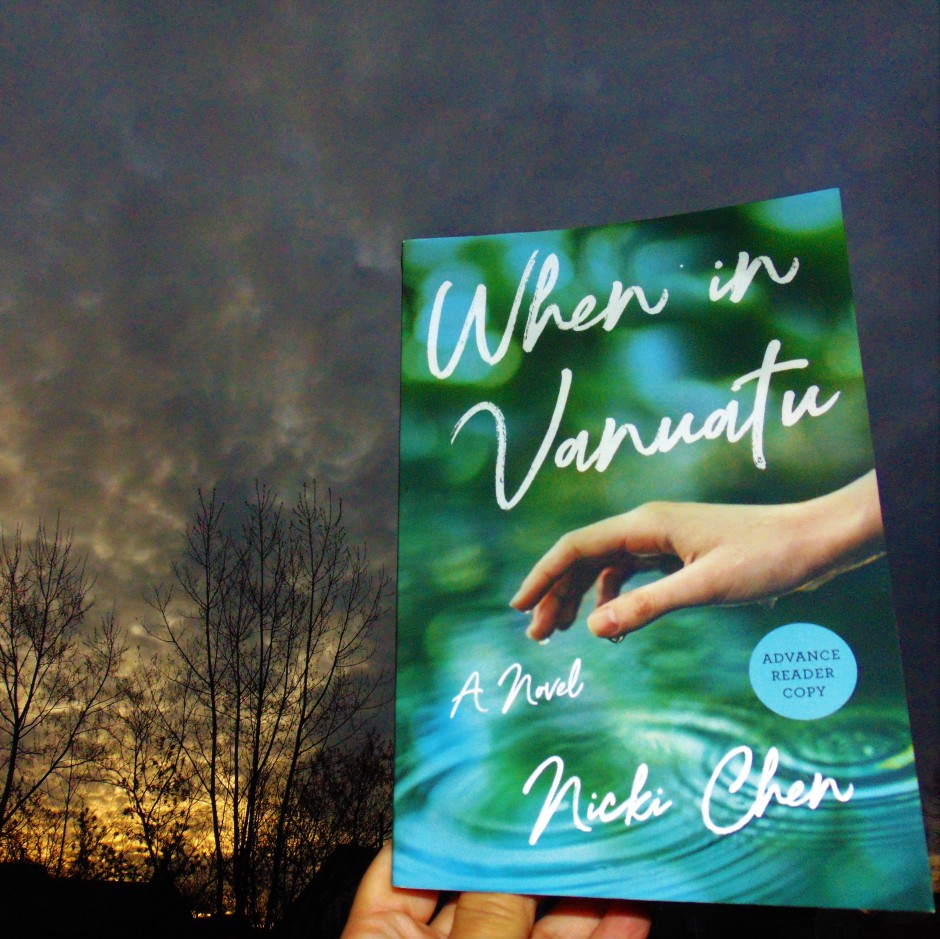 This is one of those stories that gave me such an expanded view of a location I didn’t know a lot about. I loved the setting in the Philippines.

When in Vanuatu is a story that follows Diana and her husband to Manila. We follow her focus on having a baby, and the struggles she has. At her doctor’s encouragement to destress, she moves to Vanuatu.

This was a story that was so deeply moving, I felt so emotional reading this. The writing really brings you into the characters’ lives. I felt truly connected to Diana. Her struggles throughout this book were really well written, and I found myself unable to put the book down so I could find out what happens!

The setting drew me in further as I became immersed in the culture of the location. The food…THE FOOD…oh my goodness, I need to eat this food now! On top of the food, the overall descriptions were so lovely. I felt like I was there with the characters hearing the sounds and seeing the sights. It was great.

When Diana quit her job and followed her husband to Manila, she believed the move would work for both of them: Jay would finally have his dream job, and she would take time off from her accounting career to start a family.

Four years later, however, she’s still not pregnant. Her fertility doctor advises her to relax–an undertaking that is easier said than done in one of the noisiest, most crowded cities in the world. Nevertheless, Diana tries. She takes up yoga and meditation. She buys goldfish. Then one day, while Jay is away on business, a violent coup d’etat erupts. The rebels bomb the presidential palace and occupy parts of the city.

Clearly, Diana decides, something needs to change. Determined to have a baby while she’s still young enough, she convinces Jay to transfer to the small South Pacific nation of Vanuatu, said to be “the most relaxing place on earth.” It isn’t long before she realizes that the island’s tropical beauty hides dangers and disappointments that will test her courage, her marriage, and her ability to open herself up to new possibilities.

Nicki Chen is the author of two novels, Tiger Tail Soup and When in Vanuatu, the latter of which grew out of her experiences during the twenty years she lived with her husband and their three daughters in the Philippines and the South Pacific. She currently lives in Edmonds, WA, a sometimes rainy, always beautiful little city overlooking Puget Sound.

If you are loving this Suzy Approved Book Tour and want to see more, check out these other bloggers!

One thought on “When in Vanuatu by Nicki Chen”