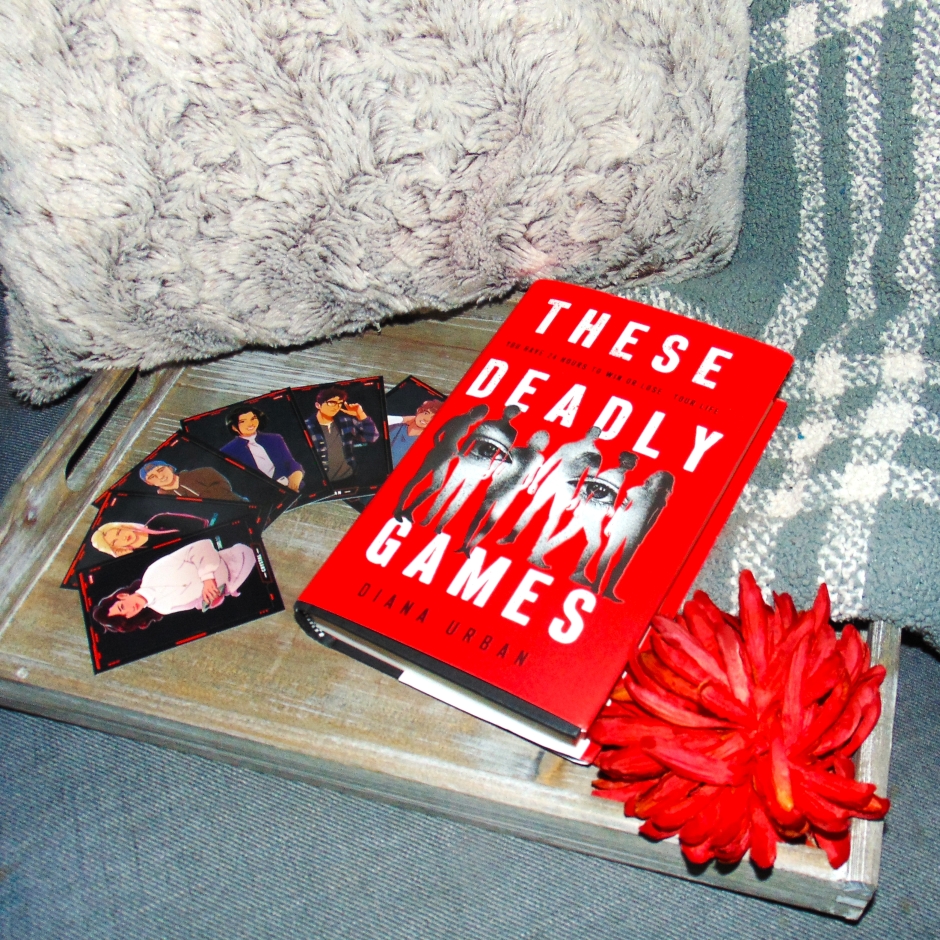 Wow! This book was a fantastic story filled with surprises and twist after twist! It was fast-paced, and layered one thing on top of another creating this story-web that was impossible to put down!

Crystal and her friends are so close to qualifying for a video game tournament. They are spending all their free time trying to earn a final spot for the game. Then Crystal gets a message that her sister is being held hostage, and she needs to “Play a Game”. It’s clear that the kidnapper is holding all the cards, and Crystal has no one to turn to. The kidnapper can see and hear everything she’s doing through her phone. She can’t tell anyone, or her sister will die. So, she starts following the directions, but it’s turning into a game with deadly consequences!

I enjoyed this one from start to finish. It was constantly filled with an urgency that propelled the story forward. With Crystal’s sister being held against her will, Crystal frantically moves from one step in the game to another, trying to appease the kidnapper. It was fun to play along with these games trying to figure out what was going on. I did have an inkling of what was happening, and while I was right…there were some surprising twists that shocked me!

I would recommend this for readers that enjoy fast-paced thrillers in a cat-and-mouse game concept.

When Crystal Donavan gets a message on a mysterious app with a video of her little sister gagged and bound, she agrees to play the kidnapper’s game. At first, they make her complete bizarre tasks: steal a test and stuff it in a locker, bake brownies, make a prank call.

But then Crystal realizes each task is meant to hurt—and kill—her friends, one by one. But if she refuses to play, the kidnapper will kill her sister. Is someone trying to take her team out of the running for a gaming tournament? Or have they uncovered a secret from their past, and wants them to pay for what they did…

As Crystal makes the impossible choices between her friends and her sister, she must uncover the truth and find a way to outplay the kidnapper… before it’s too late.

Author of All Your Twisted Secrets, Diana Urban’s explosive sophomore novel, These Deadly Games, will keep you riveted until the final twist is revealed.