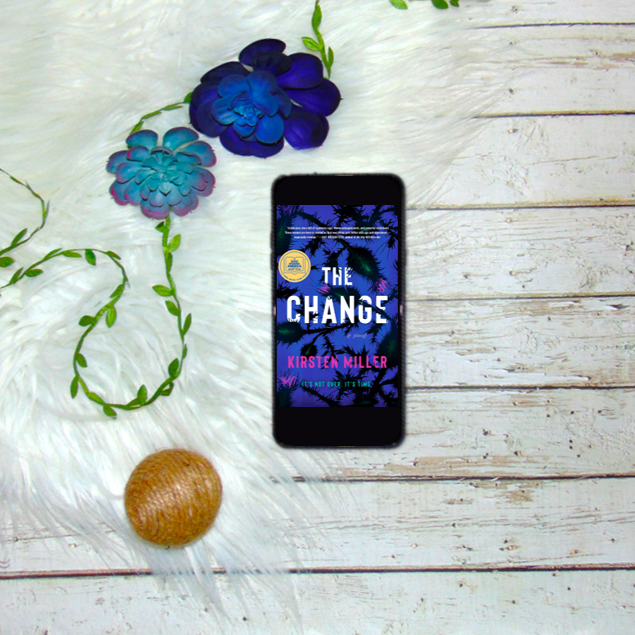 And that’s my review! Alright, just kidding, I have more to say, but seriously this book is amazing.

The Change follows three women as they move into mid-life. Each has something special in them that is pulled out as their body begins to change.
Nessa hears voices of the dead begging to be found.
Harriett has a special connection with plants and nature that can be vicious and even deadly.
Jo has an inner anger that manifests as immense heat and power.
These three women work together to discover who is murdering young women in their town.

There are so many layers to this story, and it’s fantastic to sit back and think about. There’s the murder mystery and solving that. This was a good plot, and I really enjoyed discovering what was happening and who was involved. I also found Harriett’s personal choice of revenge on people who were involved to be absolutely brilliant.

There’s the women and their powers. This was a fun build as the story progresses. We slowly learn more and more about what each can do and how they can use it. I really appreciated each woman’s power and how it supports the group as a whole.

Then there’s the overarching theme of the oppressive actions of men on women and how women can or can’t do anything to change it. This was subtle at times and in your face at others, and I found myself pausing to think and consider quite often. I even started conversations with people that haven’t read the book just because I wanted to talk about it.

Overall, this was a fantastic read, and I highly recommend it!

Amazon ~ Goodreads
LibroFM – Use code lfm137076 to get one month free!

Feminist revenge fantasy about three women whose midlife crisis brings unexpected new powers–putting them on a collision course with the evil that lurks in their wealthy beach town.

After Nessa James’s husband dies and her twin daughters leave for college, she’s left all alone in a trim white house not far from the ocean. In the quiet of her late forties, the former nurse begins to hear voices. It doesn’t take long for Nessa to realize that the voices calling out to her belong to the dead–a gift she’s inherited from her grandmother, which comes with special responsibilities.

On the cusp of 50, suave advertising director Harriett Osborne has just witnessed the implosion of her lucrative career and her marriage. She hasn’t left her house in months, and from the outside, it appears as if she and her garden have both gone to seed. But Harriet’s life is far from over–in fact, she’s undergone a stunning and very welcome metamorphosis.

Ambitious former executive Jo Levison has spent thirty long years at war with her body. The free-floating rage and hot flashes that arrive with the beginning of menopause feel like the very last straw–until she realizes she has the ability to channel them, and finally comes into her power.

Guided by voices only Nessa can hear, the trio of women discover a teenage girl whose body was abandoned beside a remote beach. The police have written the victim off as a drug-addicted sex worker, but the women refuse to buy into the official narrative. Their investigation into the girl’s murder leads to more bodies, and to the town’s most exclusive and isolated enclave, a world of stupendous wealth where the rules don’t apply. With their newfound powers, Jo, Nessa, and Harriet will take matters into their own hands…