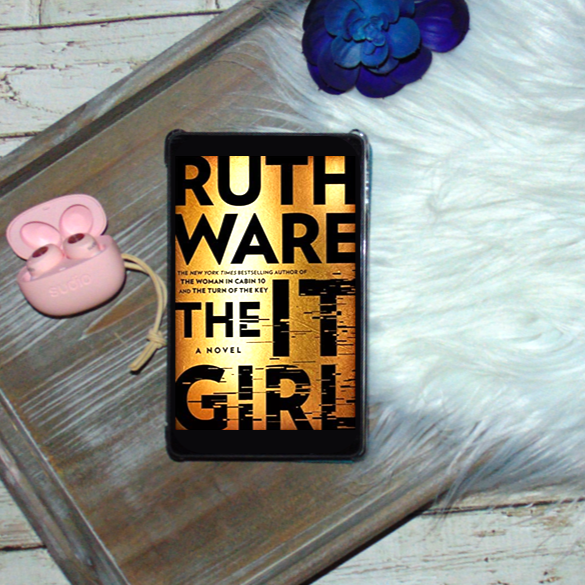 Ruth Ware is an auto-buy author for me. I absolutely love her writing and her stories! So, of course, I grabbed The It Girl as soon as I could!

So, this story follows Hannah as her past is brought back into her present. In college, Hannah’s roommate, April, was murdered, and Hannah was the one to find her😱, and identify the killer.

As Hannah navigates her first pregnancy and celebrates with her husband Will, who also used to be friends with April, Hannah gets news that April’s killer has died, but there are now questions around whether he really was the killer.

This kickstarts a dual timeline story that gives the reader insight into what happened leading up to the murder, and what investigations Hannah is doing in the present day. I really enjoyed both timelines, and I thought the pacing was well done.

The mystery of this one had me thinking I knew, but I was wrong 😂 like always. So, for me, it had a nice surprise at the end. Even if you are one who can guess what’s coming, I still think this one would be a worthwhile thriller!

If you’re a huge Ruth Ware Fan, this one ranks in the top three reads for me, so here’s my top 4 to give you context.

Amazon ~ Goodreads
LibroFM – Use code lfm137076 to get one month free!

The #1 New York Times bestselling author of One by One returns with an unputdownable mystery following a woman on the search for answers a decade after her friend’s murder.

Vivacious, bright, occasionally vicious, and the ultimate It girl, she quickly pulled Hannah into her dazzling orbit. Together, they developed a group of devoted and inseparable friends—Will, Hugh, Ryan, and Emily—during their first term. By the end of the second, April was dead.

Now, a decade later, Hannah and Will are expecting their first child, and the man convicted of killing April, former Oxford porter John Neville, has died in prison. Relieved to have finally put the past behind her, Hannah’s world is rocked when a young journalist comes knocking and presents new evidence that Neville may have been innocent. As Hannah reconnects with old friends and delves deeper into the mystery of April’s death, she realizes that the friends she thought she knew all have something to hide…including a murder.