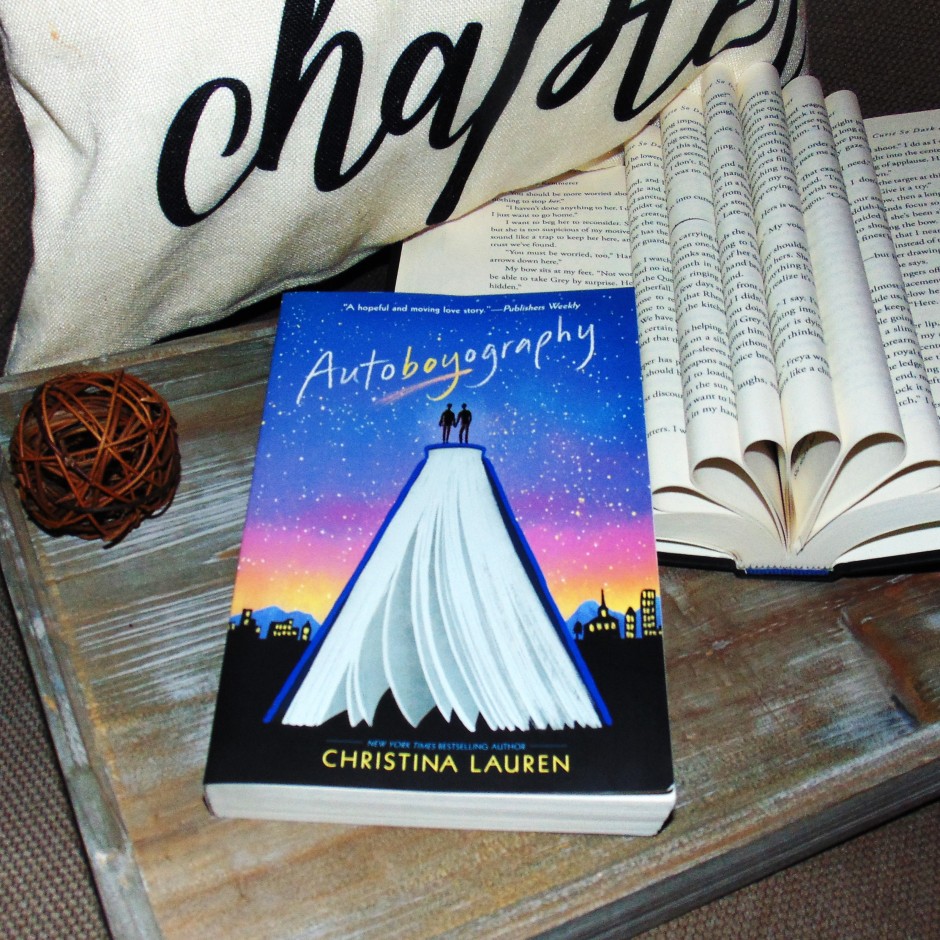 This coming-of-age novel was a thought-provoking story of being able to be who you are in front of, not only those you love, but everyone. I appreciated the difficult decisions that both Tanner and Sebastian had to face, and the journey they both go on.

When Tanner’s family moves to the heavily Mormon area of Utah, his parents ask him to keep his bisexuality a secret, even from his new best friend Autumn. Tanner is able to do this until Autumn pushes him into a creative writing class, where he develops a crush on a Mormon boy, and his creative writing becomes an autobiography.

The characters in this story feel so much like real people. My heart hurt so much for Tanner because I got so attached to him and his life. I wanted everything to work out for him, and I hated seeing his heart break. BUT there is so much hope woven into that heartbreak, so much uplifting life in the first moments of first love, and that created a beautiful story!

I would highly recommend this for YA romance readers! I thought it was a fast-paced story that was hard to put down!

Three years ago, Tanner Scott’s family relocated from California to Utah, a move that nudged the bisexual teen temporarily back into the closet. Now, with one semester of high school to go, and no obstacles between him and out-of-state college freedom, Tanner plans to coast through his remaining classes and clear out of Utah.

But when his best friend Autumn dares him to take Provo High’s prestigious Seminar—where honor roll students diligently toil to draft a book in a semester—Tanner can’t resist going against his better judgment and having a go, if only to prove to Autumn how silly the whole thing is. Writing a book in four months sounds simple. Four months is an eternity.

It turns out, Tanner is only partly right: four months is a long time. After all, it takes only one second for him to notice Sebastian Brother, the Mormon prodigy who sold his own Seminar novel the year before and who now mentors the class. And it takes less than a month for Tanner to fall completely in love with him.