Having written numerous works of nonfiction, this is Lee Hudspeth’s debut book of poetry.

Incandescent Visions explores the meaning of the human experience, as the author encourages his readers to ponder the universe and their place within it and to catalyze their own creative potential. From the sublime shores of the Mediterranean to the majestic expansiveness of deep space, this book contemplates nostalgia, perspective and the gift of love. Through five short yet powerful, thought-provoking chapters of contemporary poems–and a dash of elegant, evocative haiku–Hudspeth takes his readers on a journey across the inner landscape of struggle, triumph, self-realization, and imagination.

END_OF_DOCUMENT_TOKEN_TO_BE_REPLACED 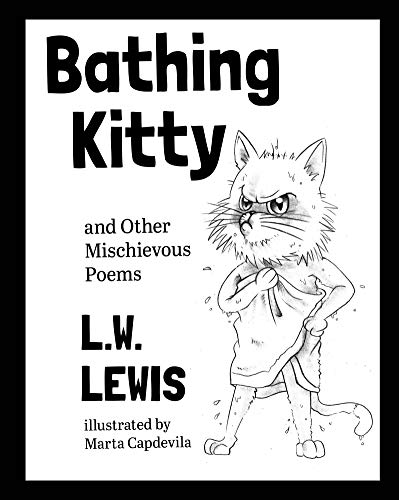 What I Loved: As a child, I have VERY fond memories of Where the Sidewalk Ends by Shel Silverstein and reading this book with my daughter reminded me of Silverstein’s books. Each poem is short, silly, and comes with an illustration. I loved that my daughter laughed and giggled the way I did when I was young.

How I Felt: These poems were perfect for a child. They were a big gross sometimes talking about boogers and other things kids find hilarious. They were easy to understand and they were short, which I feel is really important for a little one. Poems spanned only one page and were easy to understand. Each poem is a stand-alone, so my daughter had fun just flipping through the book, finding an illustration that interested her, and we would read that one.

To Read or Not To Read: This is a good book for a elementary school child with easy to understand poems. I would not recommend this as a book that a child reads to themselves as the reading level would be a bit higher than early elementary.

Where To Find This Book:

I received a copy of this advanced reader’s copy for free. I am leaving my review voluntarily.

All Amazon links on SheJustLovesBooks are affiliate links and I receive a small percentage of sales from the use of them. If you fall in love with a book because of my review and you want to buy, I would greatly appreciate the use of the link on my page.

Who Named Their Pony Macaroni? by Marilyn Singer

A family of mice. A runaway goat.

The White House housed more than presidents and First Families–who could forget the furry, scaly, feathered friends who impressed the press, guarded their charges, and kept them company through all the ups and downs of their respective terms?

Marilyn Singer’s compelling poems will delight readers with stories of the creatures who sat beside our country’s leaders, as she draws intriguing connections between the animals and the administrations they accompanied. Mixed-media illustrations by Ryan McAmis lend humor and vivacity, and detailed back matter explores each president’s pet history in more depth.

Marilyn Singer was born in the Bronx (New York City) on October 3, 1948 and lived most of her early life in N. Massapequa (Long Island), NY. She attended Queens College, City University of New York, and for her junior year, Reading University, England. She holds a B.A. in English from Queens and an M.A. in Communications from New York University.

In 1974, after teaching English in New York City high schools for several years, she began to write – initially film notes, catalogues, teacher’s guides and film strips. Then, one day, when she was sitting in the Brooklyn Botanic Garden, she penned a story featuring talking insect characters she’d made up when she was eight. Encouraged by the

responses she got, she wrote more stories and in 1976 her first book, The Dog Who Insisted He Wasn’t, was published by E.P.Dutton & Co.

Since then, Marilyn has published over seventy books for children and young adults. Her genres are many and varied, including realistic novels, fantasies, non-fiction, fairy tales, picture books, mysteries and poetry. She likes writing many different kinds of books because it’s challenging and it keeps her from getting bored. She has won several Children’s Choice and Parents’ Choice Awards, as well as the following: the Creature Carnival, Lee Bennett Hopkins Poetry Award Honor Book, 2005; I Believe in Water: Twelve Brushes with Religion, New York Public Library’s “Best Books for the Teen Age,” 2001; Stay True: Short Stories for Strong Girls, Popular Paperbacks for Young Adults, 2000 (YALSA); On the Same Day in March, Booklist’s Top Ten Science Books of 2000; NCSS-CBC Notable Book, 2000; Deal with a Ghost, finalist, YA category, Edgar Award, 1998; It Can’t Hurt Forever, Maud Hart Lovelace Award, 1983; The Course of True Love Never Did Run Smooth, ALA Best Book for Young Adults, 1983; Turtle in July, NCTE Notable, N.Y.Times Best Illustrated and Time Magazine Best Children’s Books of 1989; Turtle in July was also a Reading Rainbow review book.

I was provided a copy of this book in exchange for my honest review.

What I Loved: The beautiful illustrations in this book were just stunning! I’ll share a few throughout my review.

How I Felt: I have never read a book of poetry before, and I was honest with the author about that before I agreed to review this book. It was hard for me to get into the book as a book like one I would normally read. What I kept thinking was that I would love to have this on my coffee table to sift through at different times. The book is broken into different segments and the poems are about that sections theme. Each of those sections are part of an octopus. Such as the below. These little previews of the next section really intrigued me.

Each of the eight arms of an octopus has enough neurons in it to act semi-independently of the brain. Does this make it easier? To have brains in your arms? Does it make it easier to decide; Do I hold on a little bit longer or do I let go?

Section II of The Octopus Curse: A Collection of Clingy Poems by Salma Farook

However, the poetry does not rhyme and that was a bit of a deterrent for me. The poems are short and easy to read, so the book itself is a pretty quick read. For me, it just wasn’t enough to pull this up to a 4 star.

To Read or Not to Read: If you enjoy reading poetry, I believe you would really enjoy this book. If you are interested in trying out a poetry book, this one is a quick read and might be a good start!

Happy Wednesday! Today is an exciting day! I'm getting COVID vaccine #2! I have prepared to potentially be feeling a bit under the weather tomorrow, and I took the day off. Best case scenario...I'm not sick at all, and I spend the day reading!
When you look around your house, do you see things that you absolutely don't need? I do...so, so many things. I'm really interested in considering how to reduce the THINGS so I can focus on the PEOPLE.
Happy Pub Day to this awesome 🌟🌟🌟🌟🌟 read! Have you read this yet? If not, let me know your last 5 star book!
Mikey wanted to talk about this book today, he couldn't be persuaded not to. As a kitty that lived on the streets for a while, he's in love with all kinds of food and treats, so we have to be careful not to leave anything on the table! What's your favorite snack? 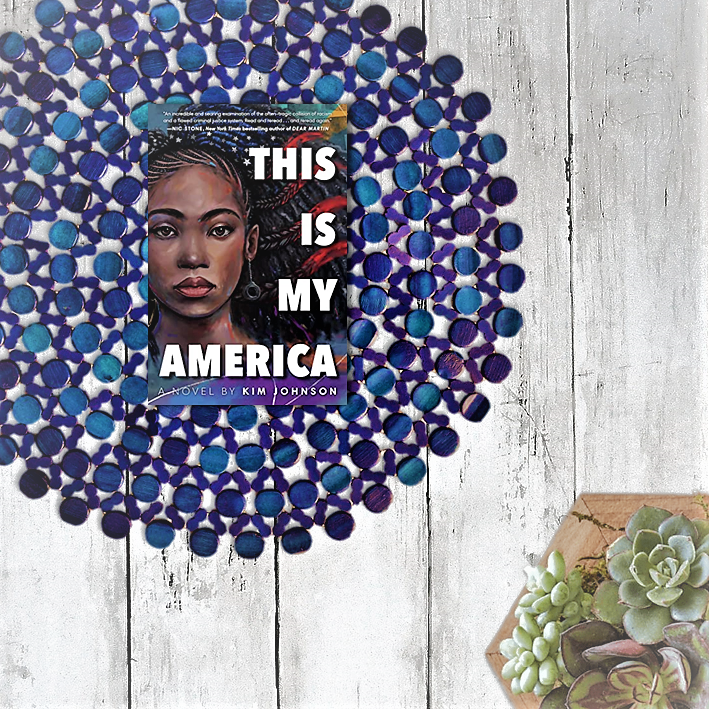